Is the 3D Printing Hype Over?

Here are 10 European startups still betting on the technology

Nowadays, there are many real-world applications of 3D printing – from medical tools such as prosthetic limbs to building a 90-square-metre house or even making food. 3D printing can also be used in art and jewelry, where 3D scanning technologies allow for the replication of real objects without the use of moulding techniques. In the automotive industry, its application has led to the production of a supercar that utilizes many 3D printed components.

But what is 3D printing, anyway? 3D printing was first conceptualized by David E. H. Jones in 1974, when his idea was “printed” in the New Scientist. The technology was first realized in the 1980s when Chuck Hull designed and printed a small cup. Also known as additive manufacturing, 3D-printed objects are created from a digital file and a printer that lays down successive layers of material until the object is complete.

Metal and plastic 3D printing: hype and the quiet revolution

Metal 3D printing has been the most talked-about technology in the additive manufacturing (AM) space the past few years. It offers the exciting, complex end-use capabilities that plastic 3D printing promised during its rise to media prominence 10 years ago.

Unlike plastic, though, metal delivered on its promise early on. During metal’s rise in popularity, it should be noted that thermoplastic AM has been undergoing a quiet revolution. It has methodically evolved, offering creative new applications for end-use parts and continual innovations for low-volume manufacturing.

As with any new technology, it’s easy to get swept up in the benefits of 3D printing. But 3D printers are still potentially hazardous, wasteful machines, and their societal, political, economic, and environmental impacts have not yet been studied extensively.

It’s a controversial issue, and activists are using a tool which sprung from the 3D printed gun movement to draw attention to their stance on gun rights.

Activists ‘3D Print’ a Gun In Front of the Texas State Capitol as a Form of Protest
Visit: http://3dprint.com/37168/ghost-gunner-texas-open-carry/

Because of rapid advances in 3D printing, the world is plunging towards ethical and political controversy fuelled by the use of the technology to generate living human tissue and organs.

“The day when 3D-bioprinted human organs are readily available is drawing closer, and will result in a complex debate involving a great many political, moral and financial interests,” Basiliere said in a statement.

Bloomberg’s Cory Johnson of Bloomberg reports on 3D printing companies’ shares falling and what it means for the 3D printing industry. (Source: Bloomberg)

Makism3D Corp… If something sounds too good to be true, it most likely is.
http://www.hotstocked.com/article/71652/the-sec-suspends-makism-3d-corp-otcbb-mddd.html

It’s Friday 13 today and the people who didn’t manage to get out of Makism 3D Corp (OTCBB:MDDD) on time should know this. Especially now that their…

After hearing about a great new technology called 3-D printing two years ago, Fool.com contributor Matt Thalman has patiently waited for what seemed like an …

There are 5 phases of the technology hype cycle, a term now being more broadly used in the marketing of new technologies. According to the hype cycle, 3D printing is at the peak of inflated expectations. 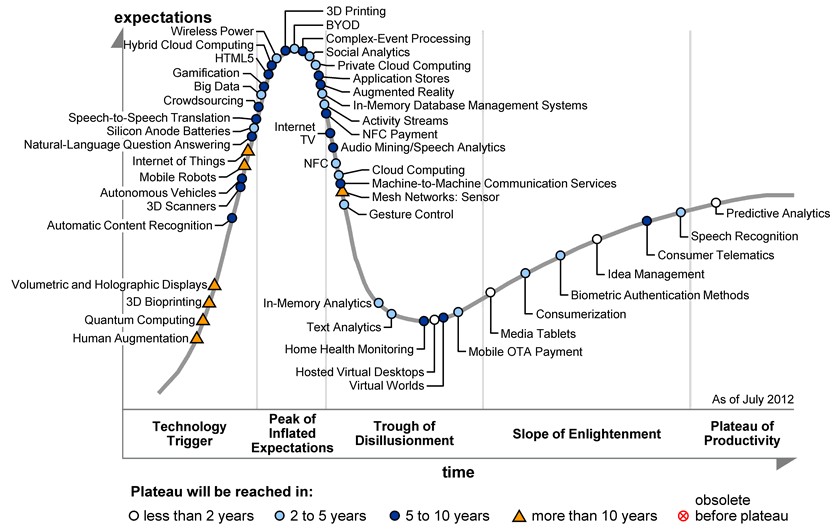 Read More: Why 3-D Printing Will Go the Way of Virtual Reality

Howerver, Gartner projects that the market for 3D printers will grow 97% annually over the next five years, which would mean 826,000 will be sold per year by the end of 2017.

There is still too much 3d printing hype around the technology for consumers. But companies are using 3D printers to make highly customizable parts.